Perpendicular to a Point on a Line

What You Start With

Shown above is a line of any length with a point P positioned on it. If the point is positioned at the end of the line of very close to the end, extend the line and the same principles will allow you to complete the question.

The Theory Behind How it Works 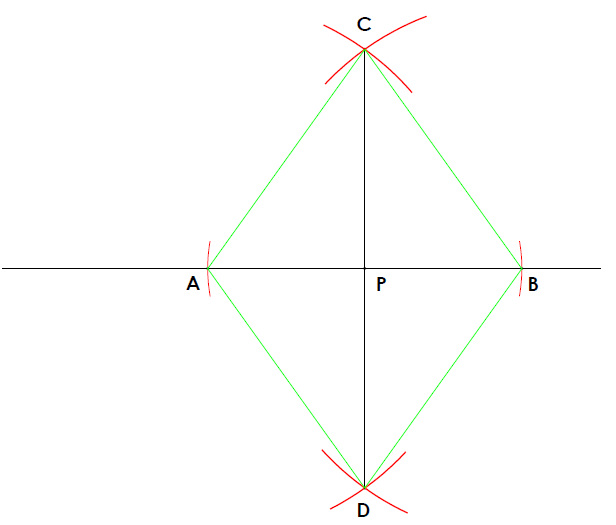